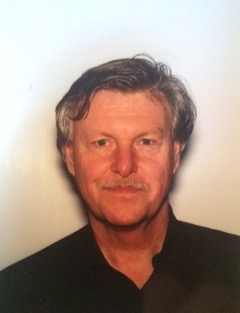 Dr. Terry William Pearson is Emeritus Professor in the Department of Biochemistry and Microbiology at the University of Victoria.

He received his BSc and PhD degrees in microbiology and immunology from the University of British Columbia in Vancouver.  After postdoctoral work in tumour immunology at the Medical Research Council Laboratory in Cambridge, England, in the laboratory of Dr. Sydney Brenner, Dr. Pearson worked as a staff scientist in its Division of Cell Biology. While in Cambridge he was involved in the early stages of the development of monoclonal antibody technology with Nobel Laureates Georges Kohler and Cesar Milstein.

Between 1977 and 1980 he was a staff scientist at the International Laboratory for Research on Animal Diseases in Nairobi, Kenya where
he introduced monoclonal antibodies to Africa. Since then his research has focused on the biochemical and immunological analysis of tropical protozoan parasites, mainly trypanosomes, the causative agents of African sleeping sickness.

His research team used protein microchemical techniques and mass spectrometry as tools for identification of molecular interactions between infectious agents and insect vectors and for discovery of biomarkers for infectious tropical diseases.

His research also focused on development of quantitative mass spectrometric methods for application to clinical diagnostics, an approach that involves development of antibody probes for proteins in deep proteomes such as human plasma.

Dr. Pearson served as a Trustee of the Terry Fox Medical Research Foundation (Canada) and as a Director of the Science Council of British Columbia and currently is a Director of Pascal Biosciences, a publically traded company involved in harnessing the immune system to treat cancer and is scientific advisor to the Plasma Proteome Institute (Washington DC).

He is co-founder and Chief Scientific officer of SISCAPA Assay Technologies Inc. (Washington DC) a company focused on a new technology for monitoring of biomarkers in health and disease. He was the recipient of the Inaugural Award for Excellence in Science Teaching at the University of Victoria and received the Craigdarroch Gold Medal for Career Achievement and the Legacy Award for Research from the University of Victoria. He was awarded the Wardle Medal from the Canadian Society of Zoologists for his contributions to the understanding of the biology of parasitic organisms.
He has published more than 150 scientific articles.

Professor, Department of Biochemistry and Microbiology