Biosphere reserves are designated by the Man and Biosphere (MAB) Programme of United Nations Scientific and Cultural Organization (UNESCO) through a process that encourages local communities to develop governance mechanisms, inclusive of all levels of governments with a specific emphasize on indigenous communities whose traditional territory remain unseeded. Biospheres are recognized as unique ecosystems, comprised of core protected areas, buffer zones designed to help protect the core conservations areas and zones of cooperation where co-management regimes help to provide guidance in creating balance and harmony between conservation, preservation and sustainable development, allowing people to use the resources of the region to exhibit their culture. 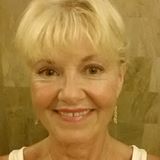